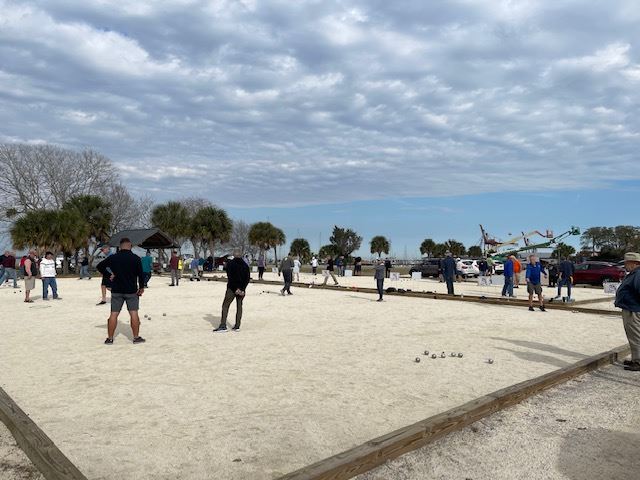 Petanque (pay-tonk) is a cousin of both horseshoes and bocce, the Italian bowling game.  The game originated in the south of France in the early 1900's.  No special skill is required, seniors can play with children, and the equipment is inexpensive.  The game is simple, relaxing, fun, and a perfect way to make new friends.  For more information on the game, visit the Petanque America Website.

Come join us!
Amelia Island Boules Club holds petanque pick-up games Saturdays at 9:30am - Noon and Wednesdays starting at 3:30pm on the Fernandina Beach petanque courts at the south end of the downtown marina (by the boat trailer parking lot).  Smaller groups play on various days and at various times.  During the summer, pick-up games are played from 9:30am - Noon at the Central Park courts (west end of the park, near the Veterans Memorial).  The public is always welcome to join in! 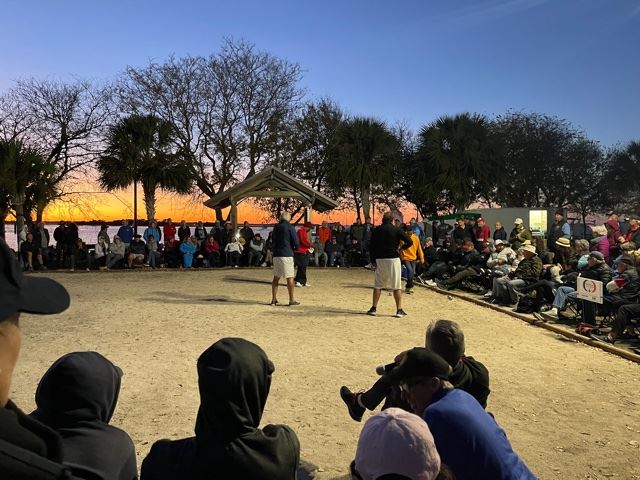 The Amelia Island Open is held annually in Fernandina Beach in November. 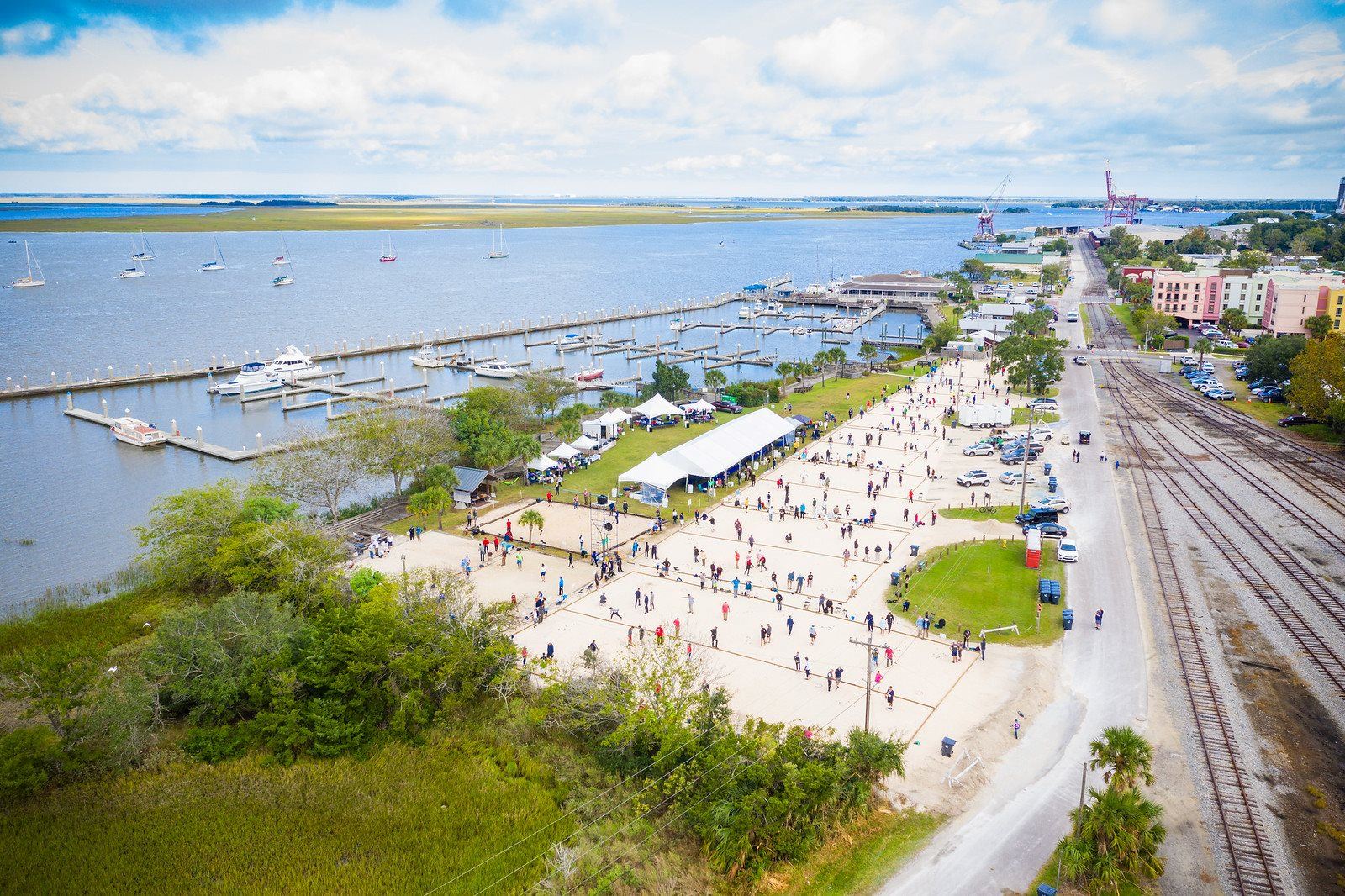 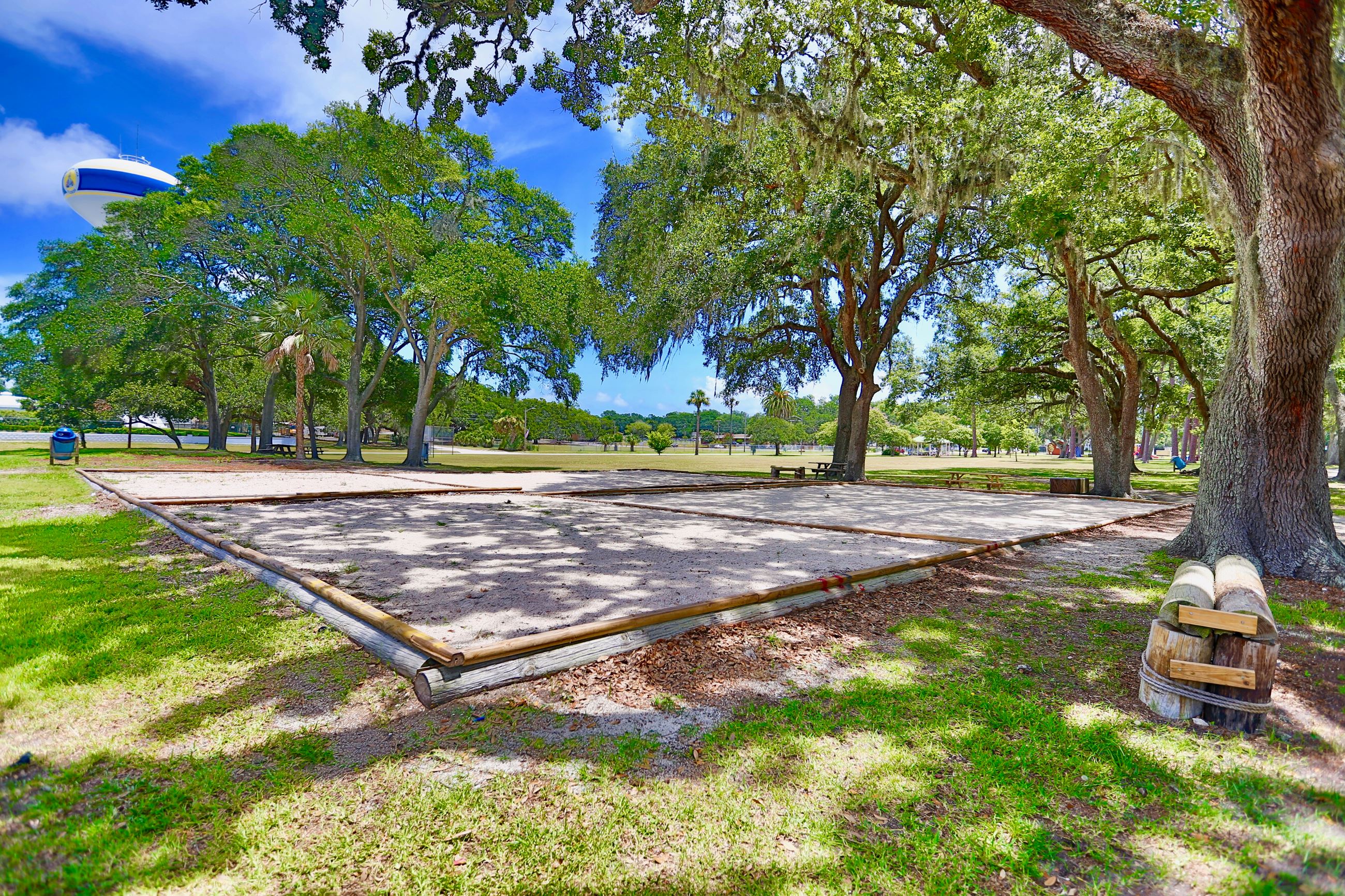 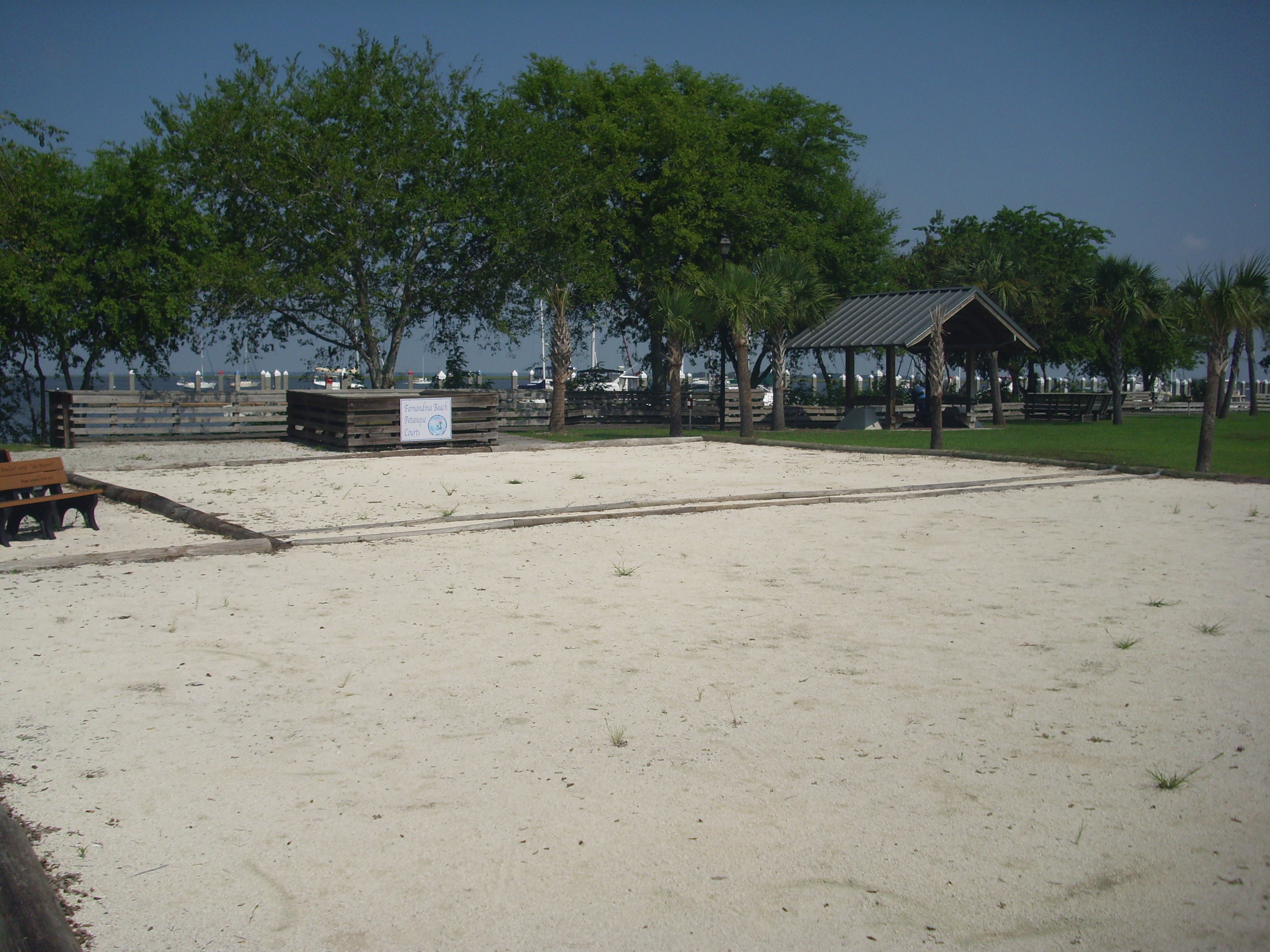